Matilda O’Donnel Macelroy is best known for or by the Alien Interview, and now the famous Irish nurse on duty in the U.S. during the Roswell incident in 1947 tasked with conducting the interviews. 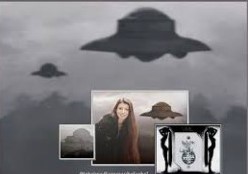 Excerpt of the Letter from Mrs. O’Donnell MacElroy to Lawrence Spencer the writer of Alien Interview.

Matilda did return to Ireland at the end end of her life, renting a lovely upstairs bedroom in a house in the homeland of her husband’s family in County Meath, Ireland.

She wrote: I am now 83 years old. I have decided to leave this body, which has outlasted its usefulness to me, using a painless method of self-administered euthanasia. I have a very few months to live, and nothing to fear or lose. I have moved away from Montana, where my husband and I lived for most of my life, to spend our remaining days in a rented upstairs bedroom in a house in the homeland of my husband’s family in County Meath.

I will die not far from “The Great Mound” at Knowth and Dowth, the “Fairy Mound of Darkness”. These are sacred “cairns” or massive stone structures that were erected about 3,700 BCE and engraved with indecipherable hieroglyphs – about the same time as pyramids and other inexplicable stone monuments were being built all over the Earth.

I am also not far from “The Hill of Tara”, that was once the ancient seat of power in Ireland where 142 kings are said to have reigned in prehistoric and historic times. In ancient Irish religion and mythology, this was the sacred place of dwelling for the “gods” and was the entrance to the “other world”.

The postmark of the envelope she sent to Lawrence Spencer was stamped at the post office in Navan, Co. Meath, Ireland on August 12, 2007.

Since there is an actual residence (according to Google Maps) at the return address shown on the envelope, Lawrence Spencer wrote to the address and was advised by the homeowner that both Mrs. MacElroy and her husband, whose name turns out to have been “Paul”, were both recently deceased. She said that the cremated remains of Mrs. MacElroy and her husband were interred at Saint Finian Cemetery on Athboy Road? 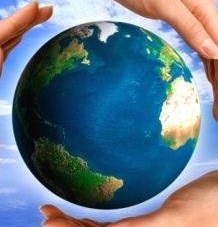 Matilda continues, in her letter to Lawrence, this is a fitting location for my departure from this unholy world and final release from the burdens of this life. The crystal clear perspective of hindsight has revealed a higher purpose to me: assisting the survival of the planet, all living beings and life forms in our galaxy!

The government establishment has chosen to “protect the people” from knowledge of such matters. In fact, the only protection afforded by ignorance and secrecy is to hide the private agenda of those in power to enslave others.   And, by doing so, to disarm every perceived enemy, and ally, through superstition and stupidity.

The Cover-up which did affect her greatly over a period of 60 years, she writes; the factual nature of the material could be easily dismissed or discredited by any agency for whom “national security” is used as a personal shield against scrutiny and justice.

Her last wish; The crystal clear perspective of hindsight has revealed a higher purpose to me: assisting the survival of the planet, all living beings and life forms in our galaxy! Perhaps the information in these documents will serve as a stepping stone to a better future for Mankind. 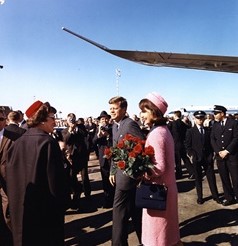 When I do re-read Matilda statement on National security and its impacts, it remembers me of a speech given by JFK to the press core just before his assassination. Must be because had Irish roots too.

I am not Irish but do know and realize there commitment to Earth/nature of all beings which is part of the Celtic culture.

In her farewell letter and Matilda assessment of what is called ”National Security” and JFK there is no difference.

Both the result of dealing with it in a long past and should not go ignored.
Matilda survived by keeping her mouth shut until the end and JFK shot shortly after an important speech to the media.
Prior to his speech there where three incidents that we now assume connected and or resulting in his termination. He must have underestimated the forces at work and inside the government and security. Matilda had a similar experience with the Roswell incident and was the last survivor having intimate information of Roswell.  Many people she did know died unexpected as result of illness, accidents or by other means, starting in 1947.

In the background of the speech by JFK to the US press, you have to realize that the cold war was at its peak, and the US using the dominance strategy. You can read the speech in many ways depending on the accents you use. The speech did take several hours and did cover many subjects.
The full speech can be found on JFKLIBRARY.ORG

There where three things or actions he did shortly before being eliminated.
Again he must have underestimated the forces and powers he was dealing with, there is the withdrawal from Vietnam angering the War hawk/military industrial complex and Eisenhower did already warn about that.
There was the de-funding of the CIA who was organizing, stimulating, arming insurgencies in so-called Commie countries to destabilize them. A covert terrorist organization, a whacky secret society run by butchers.
The last but certainly not least the ”He signed executive order 11,110 which effectively eviscerated the Federal Reserve. The known ones are the Morgans (chase) Rockefeller and the Rothschilds. What are the investors/ owners of the fed? Able to decide about money without oversight, public control nor transparency. Wielding more power now than ever before and without any oversight or control. Special drawing rights mean creating money out of thin air.

The fact in itself that JFK  was winding down the war in Vietnam only proves that after Cuba he was less concerned about commies threats. Many of the elements in his speech were not about ideological as such but more about human behavior/properties and the forming of secret organizations.
Characteristic of humans individual humans and not part of an ideology as such, it is about power, control of others, about greed.

Worse, when an apple in a basked starts to rot you have to remove it otherwise it will infect others and we have forgotten that message from nature. Even worse these behaviors are addictive an after the disappearance of the commies threat the politician, banks, industrialist and others went in for the loot. The big price being world domination and they decided to take it all. The big masses shamelessly thumbed down. The rich getting richer and the poor fellow getting less and less and ongoing.

Elements out of JFK speech;

He simply did try to warn us all of the untold evil. Not the first present to do so nor the last but we did not head their warnings.
He did say; the very word ”Secrecy’ is as repugnant in a free and open society; and we are as a people inherently and historically opposed to secret society, to secret oaths, and to secret proceedings for the obvious reasons but no longer so.

We are now in big trouble despite JFK’s warning as did Matilda based on her evidence but only a few did choose even to listen.
He goes on; we decided long ago that the dangers of excessive and unwarranted concealment of pertinent facts far outweigh the danger which is cited to justify it.
Moral;  Even today there is little value in ensuring the survival of our own nation if these traditions do not survive with it.
He then addresses the National Security issue; there is a great danger that an announced need for increased security will be seized upon by those anxious to expand its meaning to the very limit of official censorship and concealment. But what did happen one crisis after another created to push for exactly that. A the digital control/manipulation of the masses. All set-up planned and prepared and in many ways similar to the old CIA program.
But the one who did get away scot-free was the ”National Federal Reserve”.

To close the subject; he JFK did mention and did warn for a system that would conscript vast human and material resources in building a tightly and highly efficient machine that combines military, diplomatic, intelligence, economic, scientific and political operations. (So-called secret or black projects).

Its preparations concealed not published, its mistakes are buried not headlined, its dissenters are silenced not praised. No expenditure is questioned, no rumor is printed, no secret is revealed. UFO falling from the air, pyramids found in Antarctica, Crimea, Mars and the mini-planet Seres. No Aliens, life an accident, our origin is the Ape and still searching for the missing link. ( called Science).

How about all these flying disks, do they stop at night and shovel coal or steel gas.

Based on what we know about evolution it is estimated that it would take 100 million years to get there. Our counter stops at 6 million. Free and cheap, free or cheap energy suppressed to name another one.

When will we stop this?

Part 2. the legacy of Matilda

part 4. Betrayal of the human population, a Earth as a prison, b the spiritual enslavement.

part 6. The prison population after incarnation.